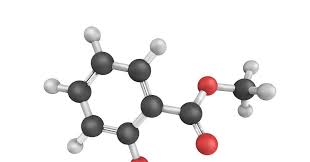 Methyl salicylate is an organic compound with the formula C₆H₄. It is the methyl ester of salicylic acid. It is a colorless, viscous liquid with a sweet, fruity odor reminiscent of root beer, but often associatively called "minty," as it is an ingredient in mint candies .

Methyl Salicylate is also known as oil of wintergreen or wintergreen oil . It is also synthetically produced, used as a fragrance, in foods and beverages, and in liniments. Wintergreen Oil occurs as a colorless to yellow liquid withthe characteristic odor and taste of wintergreen. It is obtained by maceration and subsequent distillation with steam from the leaves of Gualtheria procumbens L. (Fam. Ericaceae) or from the bark of Betula lenta L. (Fam. Betulaceae). It boils, with decomposition, between 219C and 224C. It is soluble in alcohol and in glacial acetic acid, and it is very slightly soluble in water.

Function: Flavoring agent. Shanti Chemicals is the name acknowledged as the Methyl Salicylate Suppliers from India.